In The Spotlight: Don Fox

Don Fox is returning to the Post Playhouse for his second season in a row. Last year, Don created some amazing and moving lighting designs for our entire summer season. This year, he is taking on an even bigger set of responsibilities by designing both our lights and sets for the whole season. He has got a ton of work ahead of him, but still was able to take the time to answer some questions. 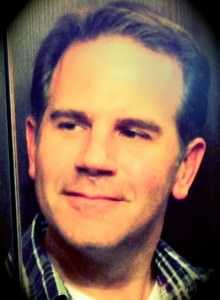 Since 2002, but I worked in cruise ship entertainment before that. I got my degree in Theatre Administration but shortly thereafter when to work in restaurant management for a number of years. That management experience has definitely benefited my theatre work, but I couldn’t go back to that now. I enjoy the creativity in theatre too much.

In 2012 I had the opportunity to design the lighting and video backdrops for a dance tour through 13 of the fantastic opera houses of China with a company called ARTIFACT DANCE PROJECT for whom I am now a resident designer. The cultural difference and language barrier were extremely difficult at first, but the venues where we presented the show (The Great American Dance Tour) were fantastically high-tech and the architecture of most of them rivals the Sydney Opera House. It was really a once in a lifetime experience.

I love working at the Post largely because of the friendly and talented people who come together and put on some fantastic shows! The people are really fun to work with---working hard and playing hard but putting on some of the most entertaining shows that I have ever worked on and doing it in a much smaller space and with more success than many theatre companies are able to attain with a lot more space/resources. Tom and the rest of the Post team really are making magic with just a few beans. Its incredible.

What was the toughest thing to get used to, staying in this area of the country?

Its just a much more relaxed pace in life---at the shops, restaurants, everywhere… its hard to force yourself to slow down from “city speed” and just take a few minutes to say hello and chat for a bit and remind yourself “what’s the rush?” Then you remember you are opening 5 shows with a new show opening about every 2 weeks and panic sets in and you go back to rushing… It feels like a series of sprints with very leisurely walking in-between…

Very passionate about the environment, preserving our planet. I believe deeply in applying the Golden Rule to every human I meet. I love to travel and have been fortunate to see quite a lot of the world and have had the great fortune of working with people of many, many nationalities which makes me want to work in way that brings people together for a greater good, and I do believe that when we make art, we are creating a “greater good.”

China, Europe. Some in Canada but it was with the Moscow Ballet’s Nutcracker so we didn’t have much time to see very much outside of the theaters/arenas we were in. Many years ago I worked in cruise line entertainment and traveled globally then, so the list of countries is really quite long, I’m fortunate to say.

Cycling, camping, music, playing board and card games, hiking, skiing, good wine and cheese, and hanging out with my awesome cat, Amarillo. 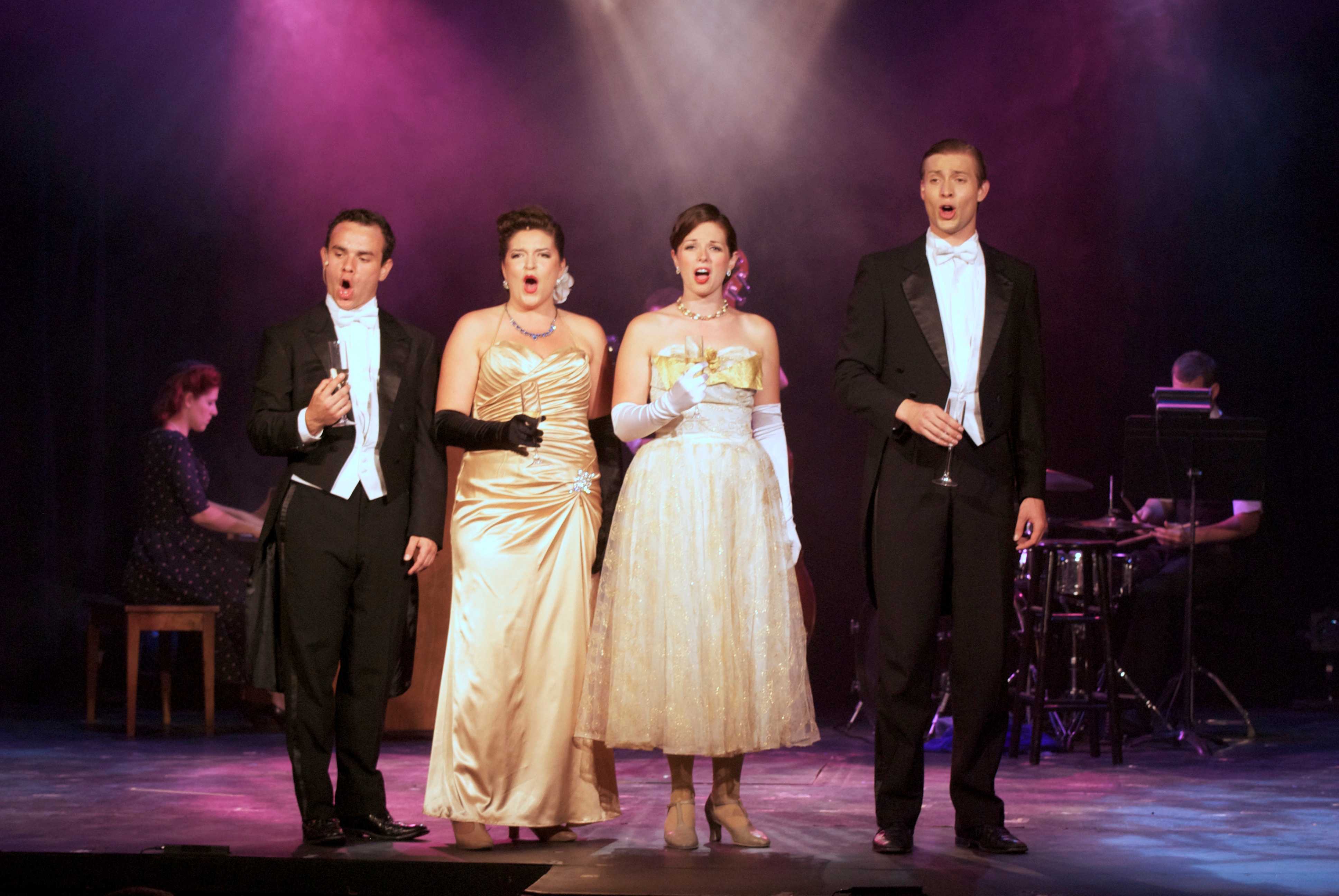 What does a set and lighting designer do?

I create the environments from which the performers tell the story. Sometimes this is done with an effort to make things as believable as possible, and sometimes I try to create the most fantastical environment possible---but I’m always looking for a way to create an atmosphere that helps the performers believe the truth of their characters and the truth of their story and convey that truth to the audience in the most compelling manner possible.

Is that the job you typically do?

Yes, in one fashion or another. I am mostly a freelance lighting designer, although I have been doing more and more scenic design. My passion is really the lighting, but I’m starting to enjoy having my hands in creating the entire environment, both the physical and the photons… (nerd talk for light). I also enjoy producing theatre as this allows me the opportunity to not only create the theatrical environment, but to bring the players together, as well, and I really enjoy that. Sometimes I work as a consultant. This past year I filled in for a college professor going on sabbatical. I like the flexibility in being a freelancer as it keeps things fresh for me. When I worked in “normal” jobs I would usually last about 5 years before feeling like it was time to move on to new challenges. This way I am constantly working on something new, in a new space, or with new people. That doesn’t mean I don’t have regular clients, I do, and more of them all the time, thankfully---but the work I do is always slightly different and evolving.

What drew you to lighting?

I’ve always been a lighting geek. When I was a little kid I remember going to the Colosseum in Denver to see the Ice Capades. I spent nearly the entire performance riveted on the follow spots smoothly swooping along with the skaters and other lighting effects. When I got older I was the awkward guy at the disco in the corner staring at the computerized lighting…I did sound and lighting for music and dance events in Austin, at first, but after 9-11 I moved all of my gear into a theatre in San Antonio and really started working as a theatre person then, doing whatever needed doing at the old Woodlawn and Cameo Theatre spaces. 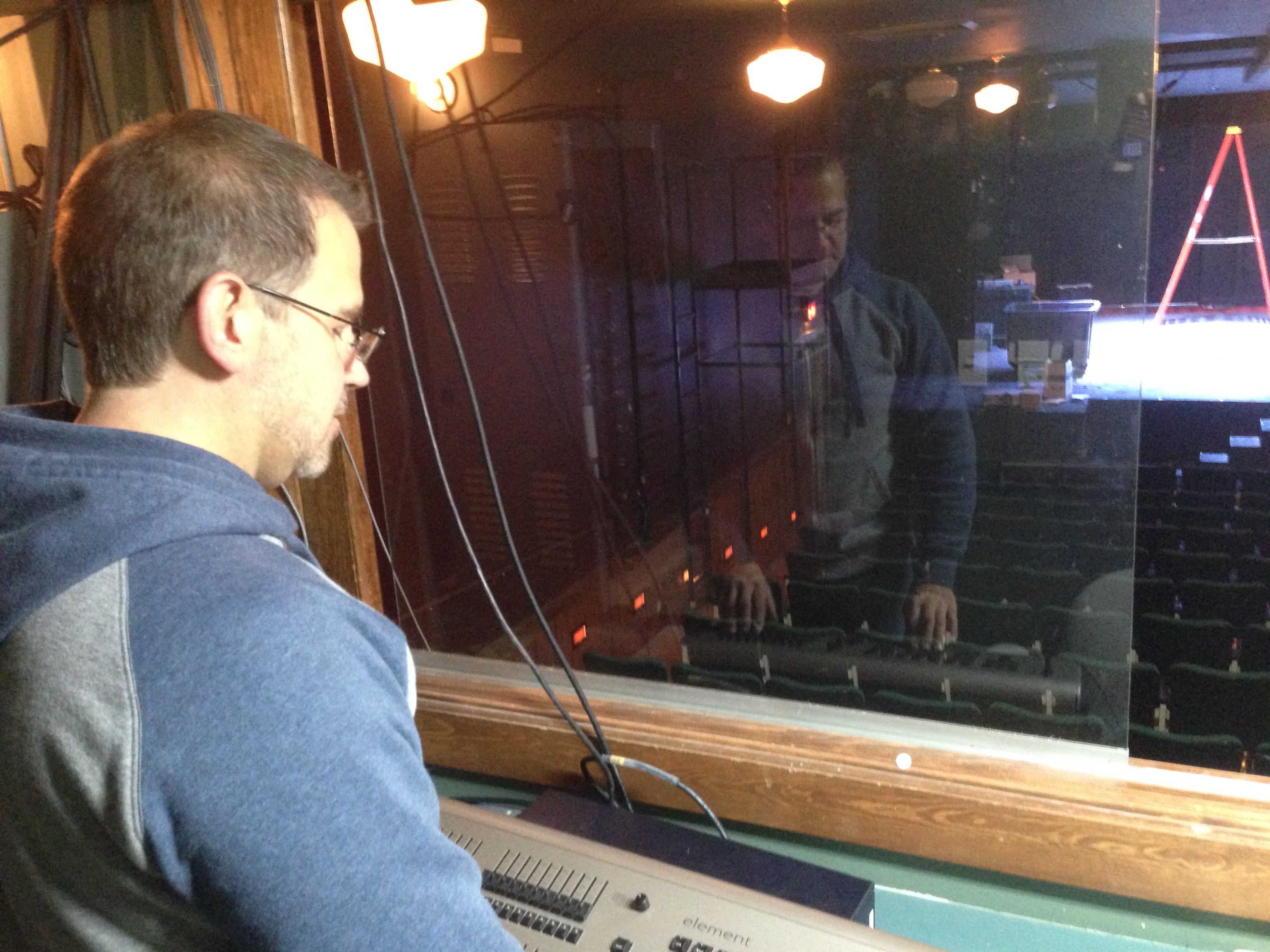 A Fox in his natural habitat.
(Don wires up the light board for the season)

What are the challenges of designing at Post Playhouse?

It’s difficult to adapt what are sometimes VERY large Broadway productions in a way that makes complete sense in a space the size of the Post and doesn’t feel like it was “shoehorned” into the Playhouse. On the upside, there is a really great relationship that you develop with the space as it isn’t so large that ANYTHING is possible, it sort of helps you make the decisions as to what will work or not. Putting on 5 musicals that run in rotation has its own set of challenges. We try to create 5 different concepts but also we need to have whatever we design rotate in and out of the space smoothly from one show to the next as well as store all of that stuff somewhere. All of these challenges are really just opportunities to find a creative solution and practicing that kind of creativity requires a company of professionals who are supportive, synergistic, and skilled in their craft, and those are the people you find here at the Post.