In The Spotlight: Lori Berg

Lori Berg is the co-director for our first production of the summer, The Best Little Whorehouse in Texas. In honor of the opening of the show tomorrow, she is our featured company member for the Spotlight Series today. She is thoroughly enjoying her first Post Playhouse experience and tells us a little bit about it and about herself as well. 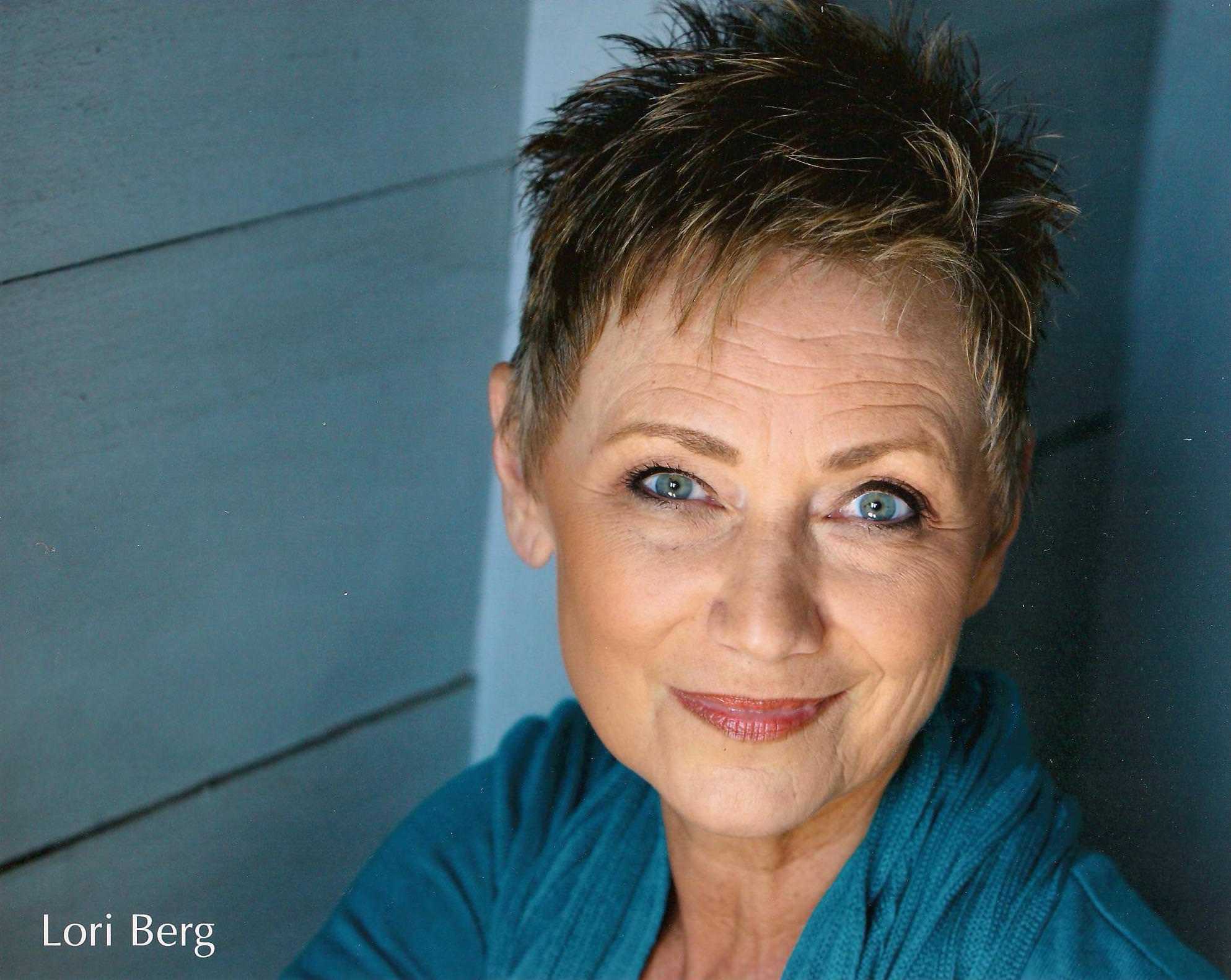 Lori Berg, co-director of our first production this summer.

You are directing our first production this summer (more on that later). How would you describe your position as director to someone?

Basically, the director sets the tone --- or vision --- for the piece. Things are addressed like: will the play be realistic or figurative? What will the time period be? Will there be a realistic set? In general the director creates the entire backdrop in which the story is told. after the initial vision is decided upon, the director meets with the other members of the creative team. Everyone is then “on the same page” and we find our actors. Once we all --- the whole team, actors and designers --- start rehearsing the story, I feel the director’s job is to be teacher/encourager.

How long have you been professionally working in theatre?

My mother’s favorite story of me, probably as a three-year-old or so, was that at my first show, I squatted to tie my shoes on stage rather than complete the dance. So --- I guess I’ve been “doing my own thing” since I was a very, very young performer. Oh, by the way, I have learned to follow directions and stay focused a little better since then.

Every show --- whether I am acting in it, or directing it --- is an opportunity to solve problems creatively and collectively with your other teammates. So it’s getting to work with the team --- an ensemble. Everyone pitches in with their unique gifts, talents, and abilities. Voilà! The job is done. Another story is told.

A dear friend, Jorie Janeway, who is appearing for her fourth season here at Post, is also in my theatre troupe in Los Angeles. Jorie speaks so highly of Post Playhouse that I finally asked her to tell me more. Well, what she told me --- sold me. And it just so happened that Tom needed a co-director for The Best Little Whorehouse in Texas. I am so thankful to be invited here to create some musical theatre memories --- for creative team and audience alike.

Have you worked in as remote an area as this before?

Over the years since graduate performance studies, I have returned to a theatre in rural Central Illinois to direct entire seasons and individual shows. The town in which the theatre is located is a burg of only 1000. Folks come from miles around due to its reputation. That experience reminds me so much of directing here at Post. However… And this is big… The professional calibre of technical and creative team, as well as the actors here at Post, is a marked difference from the experience to which I referred. I’ve [also] “told the story” throughout the US, Central America, Asia, and most recently in Brazil.

Have you ever been to this part of the country? 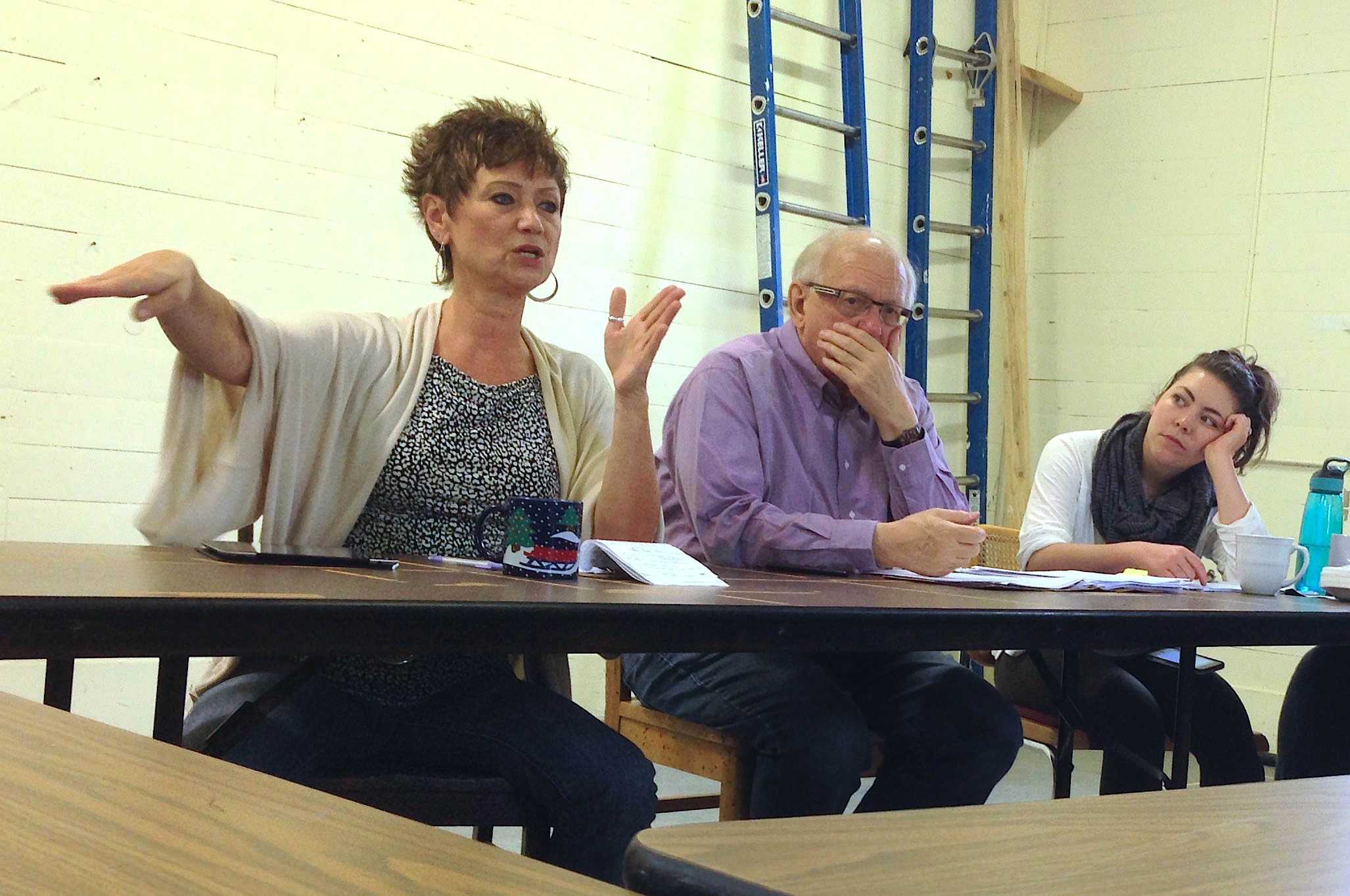 Lori gives notes to the cast after a rehearsal for The Best Little Whorehouse in Texas.

Aside from directing, what other jobs do you do in theatre?

Most theatre folk are well-rounded in several aspects of live production. Back in Los Angeles, I currently teach very young actors dance, singing, and musical theatre so that they experience “live theatre.” Living in a city that makes the movies, children grow up assuming that it does the same thing as theatre. It is vastly different. In fact, kids need to learn that they cannot “turn off” live theatre in the same way they can turn off a video game or computer.

Also, being part of a resident theatre company means I wear multiple hats. I quite often assist in prop design.

There are many ways to be involved in theatre. What drew you to directing and teaching young students?

I enjoy teaching “beginners.” In young students, I see the lights turn on inside their imaginations. It’s so exciting to witness. When working with seasoned actors, I don’t teach as much as I steer the choices they bring to their characters. I combine teaching and trusting. Hopefully, I am encouraging the actors to trust the work they’re doing. But the process also “teaches” me to know when to let go versus control just for the sake of controlling. A lot of similarities exist between acting and directing. Both jobs are about “…relax, let go, let fly.”

How would you describe your experience working at Post Playhouse so far?

I have a few choice words to use when describing my Post Playhouse experience:

I have experienced a lot of collaborations. Few have measured up to the teamwork that is the Post Playhouse. All the communities and the many, many audience members who will share the stories of this summer---well, y’all are in for a treat!

Our first show of the summer has an interesting setting. You currently work with two organizations that help women make the transition from prostitution to working “straight jobs” as they are called in our show. Can you talk a little bit about how working with the women you’ve met has helped shape our show?

A little history… While working in Asia, I literally stumbled upon the brothel area of Bangkok, where I witnessed some pretty scary stuff. It made an impact on me. When I returned to LA, I discovered a faith-based nonprofit that assists women who are trying to break away from the sex industry. Many times these women are shunned and feel very isolated in their journey.

I act as a mentor to many women over the years and help them begin to trust. It is slow work. Often, a woman re-enters the industry many times before she begins to feel normalized to life again. Our motto is that each woman we work with is loved, treasured, valued and purposed.

In our show… our lovely Miss Mona personifies what these women are searching for. Mona provides a safe place where they feel a part of a community. Yes, we tell a story --- one not often mirrored in real life. Mona’s place is sweet and has the feeling of fun and family. Our theatre patrons will sense the relationships that exist between the women. While we are not advocating brothels, we are demonstrating what these women long for --- connection, real connection. There won’t be a dry eye in the house during their last group number which shows they’ve grown to love one another.